Deborah Wilson of Circle L. Ranch Animal Rescue & Sanctuary tells the story of a mama dog rescued from euthanasia who was brought in with her two healthy puppies. While they were thrilled about saving this wonderful dog from being put down, they received word of another terrible situation.

A man with nine pit puppies was threatening to drown them if they weren’t taken away. Deborah HAD to go get them… 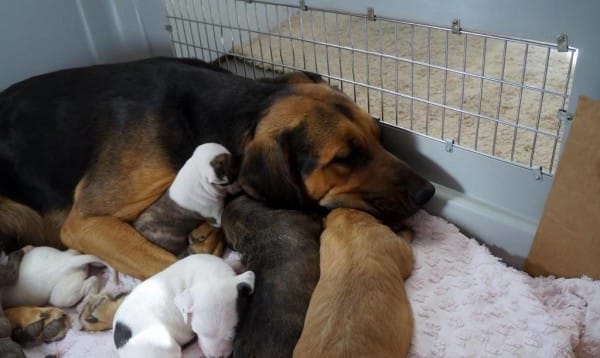 The Circle L. Ranch was able to rescue five of the nine puppies as the others were saved by another organization. 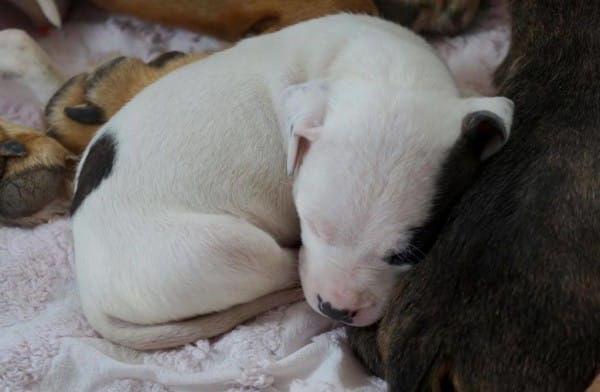 Seeing the Shepherd mother that they saved nursing her pups, Deborah got an idea… 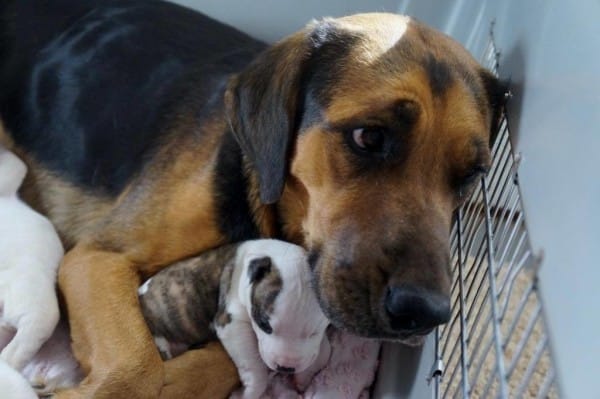 She introduced the five puppies one by one, seeing if Mom would take to them. She allowed one to eat and seemed completely fine with it, so the others were brought in. 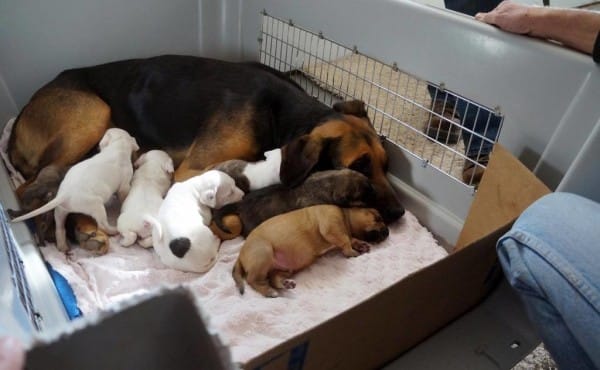 Now with a total of seven puppies to care for, she’s a real mom and a surrogate. It’s a tough job, but someone’s gotta do it! 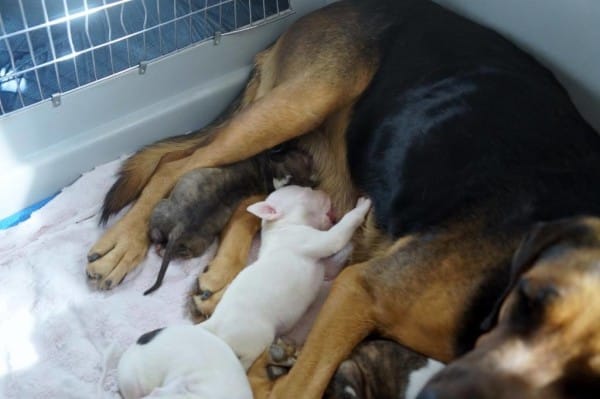 Deborah is thankful that the abuse was reported immediately so that they could save these precious puppies.

“Thanks to the kindness of rescue folks and social media, these innocent puppies were not drowned. They will be fed, cared for, spayed and neutered and eventually adopted out at the ranch,” she said.

What an amazing mama dog to take in the others as her own. Thanks to her, there’s a happy ending for all!