Jennifer Williams was walking her dog in Brooklyn’s Prospect Park yesterday morning when she came across a skinny black dog tied to a tree. The pet had been abandoned long enough that her paws froze to the ground. The woman saved her from freezing to death, and even though the pet has been rescued, her life is not out of the woods yet. 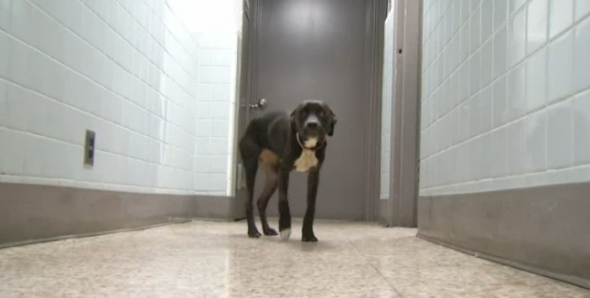 Williams told NBC 4 New York she found the abandoned dog by pure chance. Her own dog broke lose from the leash and led the woman to the discarded lab-pit mix.

“She wouldn’t stand up for me,” said Williams, “so I just wrapped the coat around her and picked her up.” 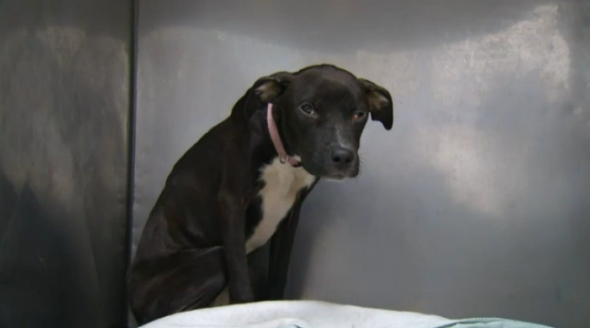 While carrying her home, the kind woman noticed blood dripping from the dog’s paws and that’s when she realized the pooch had been frozen to the ground.

Sean Casey Animal Rescue in Windsor Terrace was called to help the injured dog. She was rushed to a veterinarian and it was determined that aside from the paw injuries, the dog also suffers other serious ailments. Vets and rescuers are not sure if she will make a full recovery, but everyone involved hopes she has a fighting spirit and pulls through. 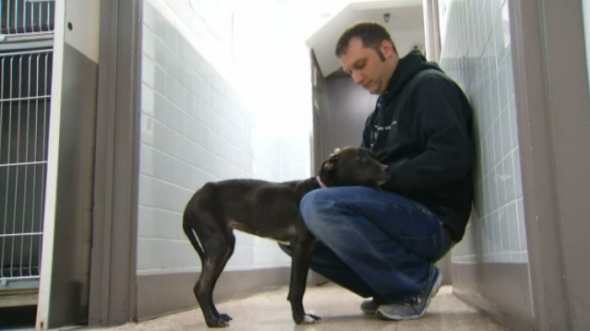 Sean Casey says the lab-pit mix is only alive today because Williams found her and reached out for help.