However, Lindsay Devers says the decision wasn’t hard for her family at all.

When she spotted the blind family of dogs, mother Bella, son, Bear, and daughter Tres, she immediately fell in love.

“On April 20, 2015, my husband and I made one of the best decisions of our lives when we welcomed a family of three blind heelers into our hearts and home,” Denvers’ gofundme page says. “After purchasing our home we wanted to expand our family with rescue dogs, and after looking on the SPCA website we just knew there was something special about Bella, Bear, and Tres.” 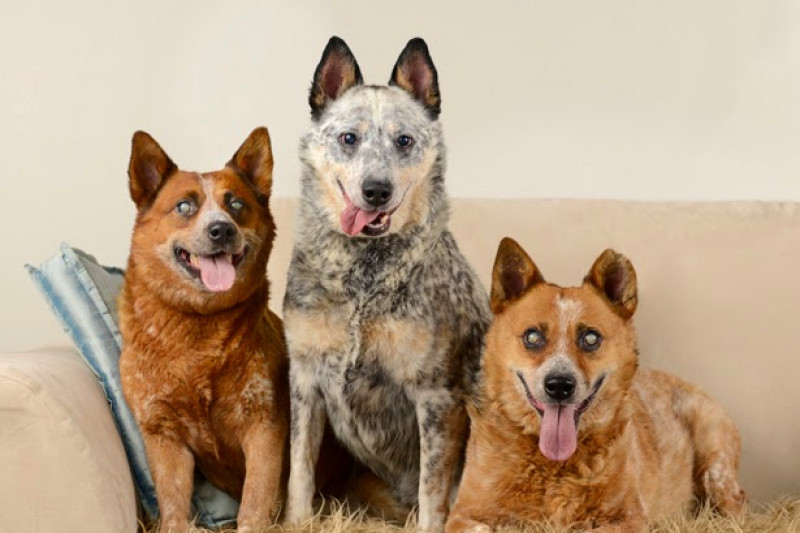 Before Denvers came along, The Nevada Society for The Prevention of Cruelty to Animals had trouble placing the dogs which they nicknamed the “Three Blind Angels.”

“They were in the shelter for almost a year, and a lot of people knew who they were,” Denvers told KTNV.

And their fame ended up saving Bella from a world of pain.

“As of yesterday, Bella, the Matriarch of our lovable fur family, was taken to the vet with a very infected right eye that seemed to appear almost overnight,” Denvers wrote. “After a series of tests it was concluded that Bella was suffering from increased ocular pressure and the only option to alleviate Bella’s pain is to have the eye surgically removed. Since her other eye is also at risk (and to save her the unnecessary trauma of another surgery), it was decided to have both of her eyes surgically removed.”

The surgery would cost $715. So, Denvers reached out to the community to ask for donations and prayers to fund the cost of a successful surgery for Bella.

And people were more than happy to help.

“You were the angels to adopt these three wonderful dogs,” one campaign donor wrote. “What fun I had playing ball with them in the yard. They so deserved the forever home I never thought they would get. Love to you all.” 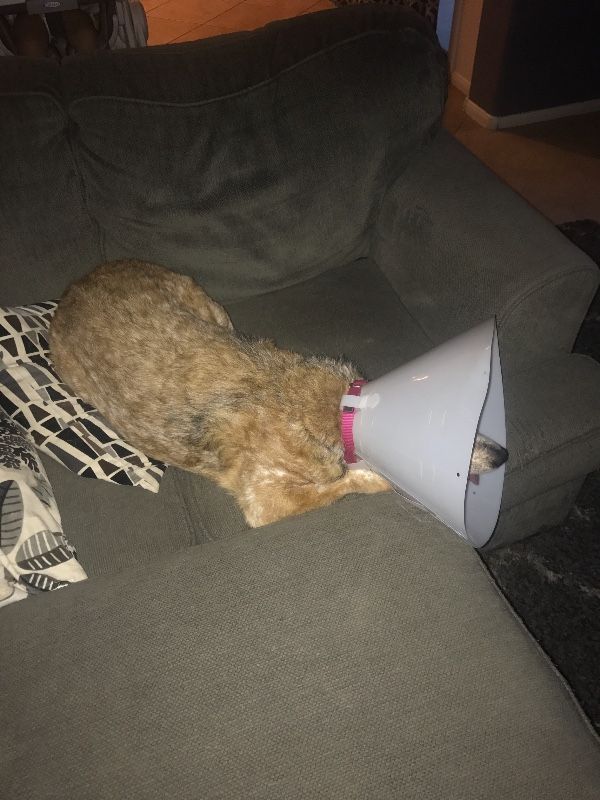 Their gofundme campaign ended up exceeding their goal with $825 thanks to the community who already knew and loved these Three Blind Angels.

Though she had to wear the cone of shame, Bella was faring well after surgery thanks to the love of her community.

Hear more about the story of the Three Little Angels in the video below.