A security camera outside a café in Turkey caught a woman’s unexpected gesture of kindness towards a stray dog shivering in the cold.

The woman, later identified as Duygu Elma, was heading out into the street on a grey day in the town of Zonguldak when she saw a black and white dog curled up on the sidewalk. 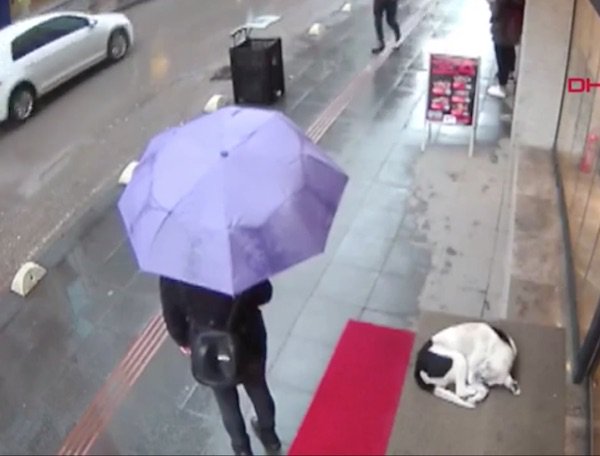 The dog doesn’t lift his head as she walks out and opens her umbrella. Elma pauses for a moment, and a few seconds later, she lowers her umbrella and pulls off her scarf. 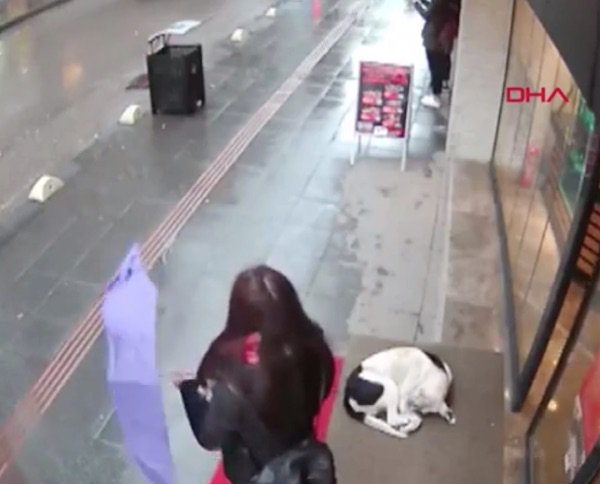 She steps over to the dog and gently places her scarf over him to keep him warm before she walks off.

The footage was later shared online, unbeknownst to Elma, who was identified by a friend as the woman who gave up her scarf.

Many people posted their approval of her kind gesture, but it took Elma by surprise.

“I couldn’t imagine that my actions would receive this attention. I’m very surprised about it,” Elma told The Dodo. “The weather was so cold. I just couldn’t take it when I saw him shivering.”

Others reacted to the video by posting pictures of homeless dogs in their neighborhood covered with warm blankets. 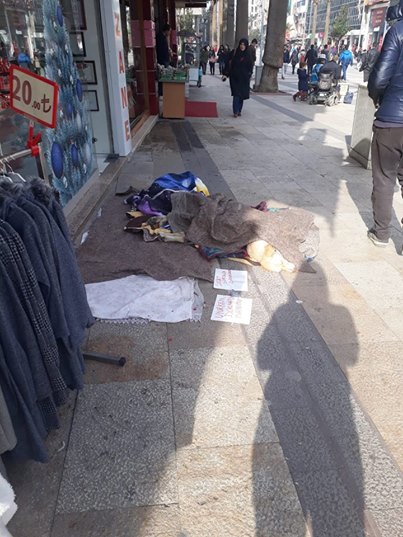 Or given mats to lie on. 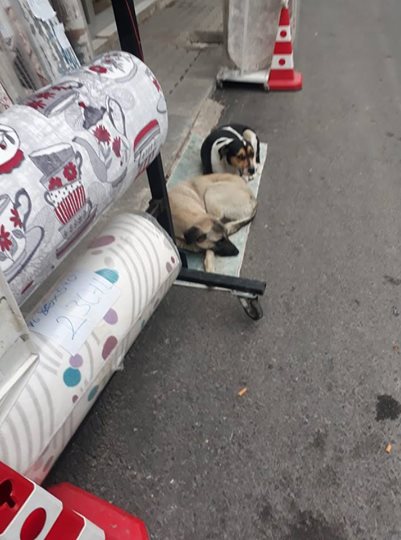 Some dogs have been let into shops to stay out of the cold. 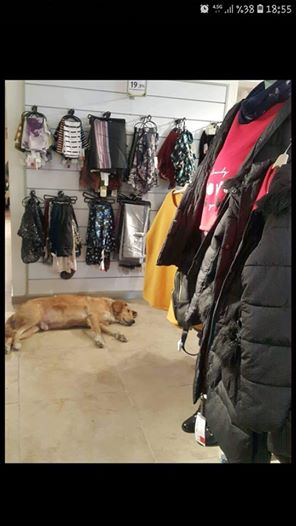 It’s not the first time Turkish residents have opened their hearts to the homeless dogs in the streets in winter. And although Elma’s encounter with the dog was brief, her actions will live on and hopefully encourage others to pause and act when they see an animal in need.