Malissa Sergent Lewis, from Kentucky, was running late to work and decided to take a back country road as a shortcut. However, what she saw up ahead in the road stopped her in her tracks.

She was in a hurry to get to work, but noticed something odd in the road ahead. She saw a black garbage bag along the county road. As she came closer she noticed that the bag was moving. She immediately stopped her vehicle. Even though she was running late, she knew that she needed to help whatever was inside the garbage bag. 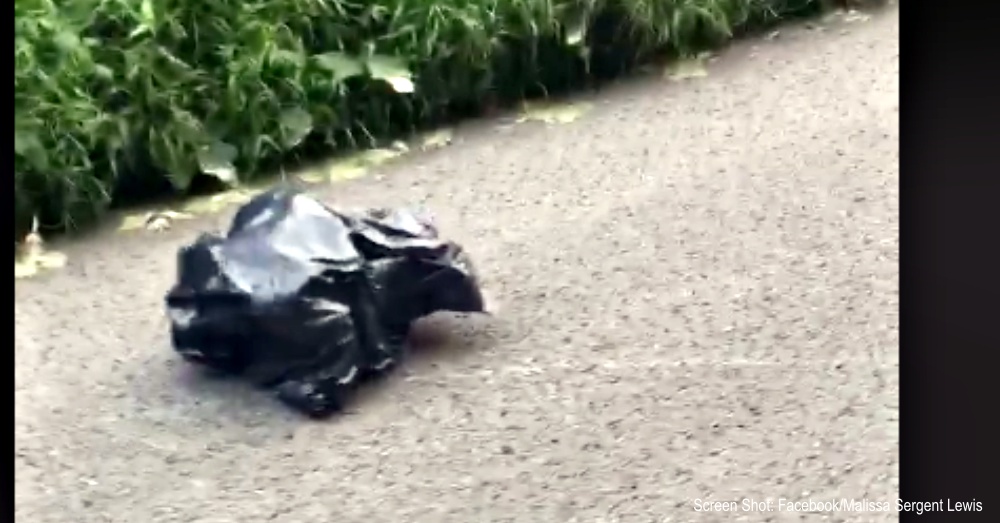 “I saw this trash bag in the road, and I thought to myself, ‘Did I just see that bag move?’ The closer I got, I realized it was moving,” she tells Dodo.

As she exited her vehicle and approached the garbage bag, it began to walk towards her. She grabbed her cell phone and started to record the unbelievable incident. She assumed it was some sort of animal. The bag had been tied in a knot at the top. Carefully she approached and ripped the corner of the bag. Cautiously, she stepped back in case the animal was upset. 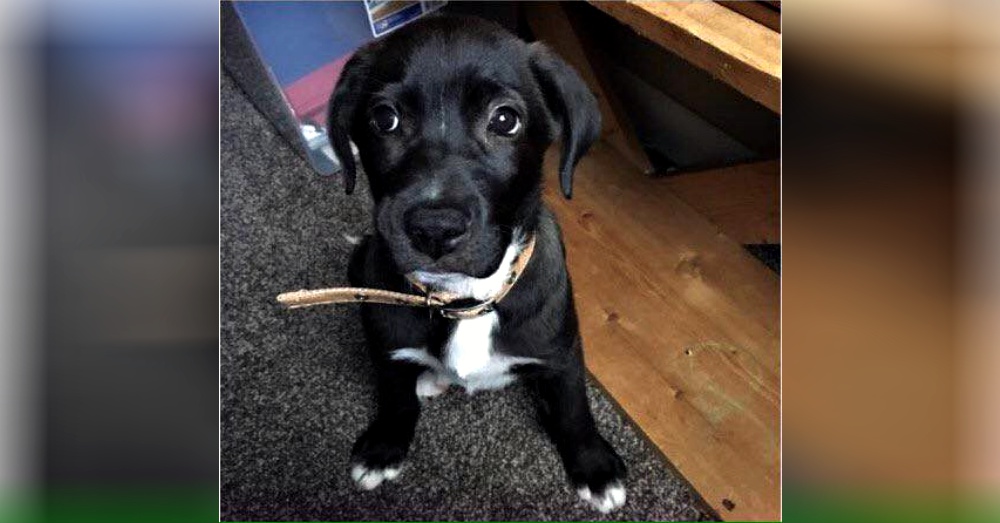 “It was a puppy. And he sure was glad to see me. As soon as I opened it up, and he saw light, he just started wagging his tail. He knew he was OK. I couldn’t believe it.”

The poor puppy had a collar on but no tags. Lewis went to work with the puppy. After work she took him to a vet to be examined. The vet told her he was completely healthy and just about 8-weeks-old. 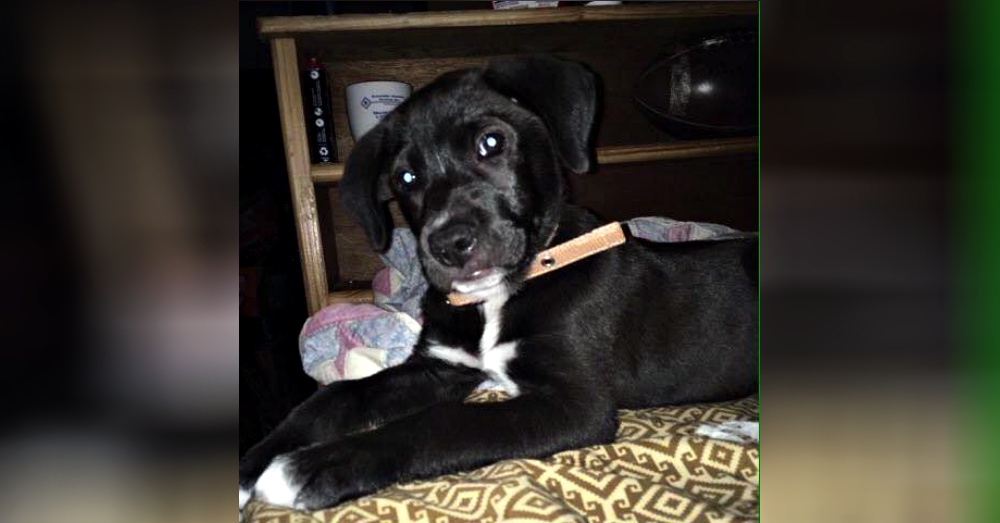 She could not understand how someone could do such a horrible thing to a puppy. “It’s a real coldhearted person to put an animal, any animal, in a garbage bag and dump it on the side of the road. They had bad, bad intentions doing that.” Lewis immediately fell in love with the puppy and decided to keep him. She named him Hefty and he is surrounded by a loving family.