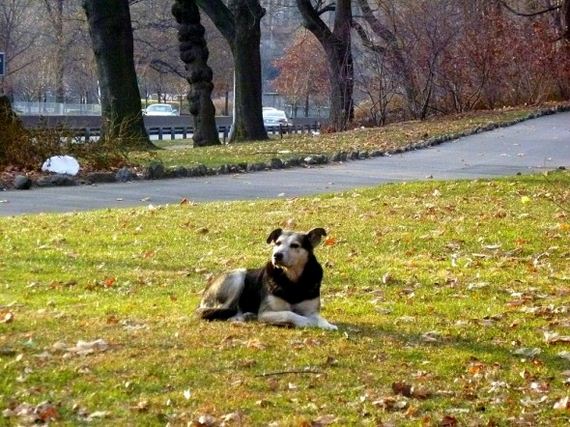 A very dedicated woman spent two freezing cold nights sleeping in a cardboard box in a New York City Park in an effort to gain the trust of a 10-year-old wild dog named Charlie, or Ricky, depending on who you ask.  Her devotion, along with that of many other concerned neighbors, paid off, and now he is warm and receiving the medical care and love he needs.

Denise Lauffer is a dog walker who has adopted three feral dogs and a stray since she moved to the Washington Heights area in 1994.  For the last several years, she’s been leaving food out for Charlie, a dog born within a pack of wild dogs that freely roamed Highbridge Park. 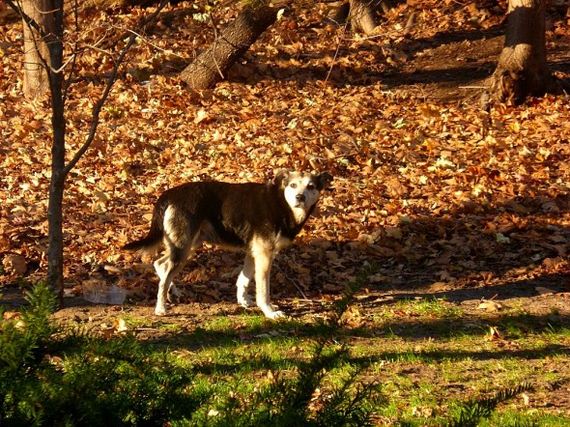 All of the other dogs were captured about five years ago, but Charlie has managed to elude all efforts to catch him. Now at 10, he’s slowing down, and with temperatures below zero this week, many feared that he wouldn’t survive.

“He no longer has his pack, he’s a slow old man now, and was not going to make it in this extreme cold,” says one of his fundraiser pages, noting that the wind chill made it feel like 22 degrees below 0. “He is a handsome mutt that was never dangerous. This stoic old boy needs some help with vet bills.”

Neighbors at the other end of the park had also been caring for him and called him Ricky. They brought shelters, food, blankets, and hay, which would be removed periodically by park security. A Con Ed worker even brought him 30 hand warmers. 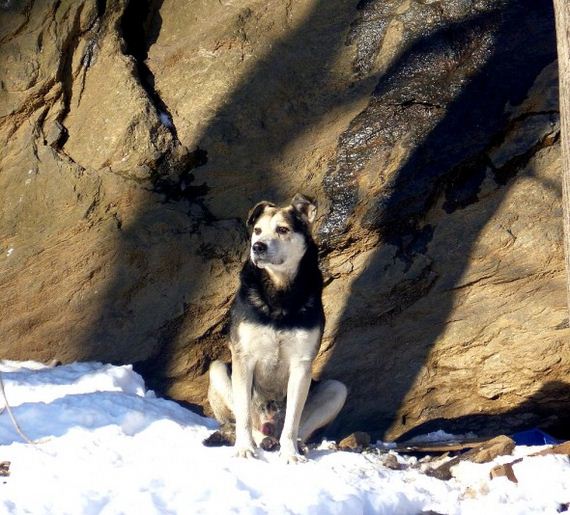 “He’s a famous dog,” said Yuliya Avezbakiyeva, who said she and her mother have brought “Ricky” food and water nearly every day for five years. “There are different people, different nationalities, different backgrounds, and this one dog united them all.”

“We just all happened to bump into each other; we started exchanging phone numbers,” said Tina Ilmet. “People have this connection to animals; they see this animal in distress and they just want to help.”

Last week, Lauffer began sleeping in a makeshift shelter she made for Charlie in the woods to try to gain his trust enough to get close to him. 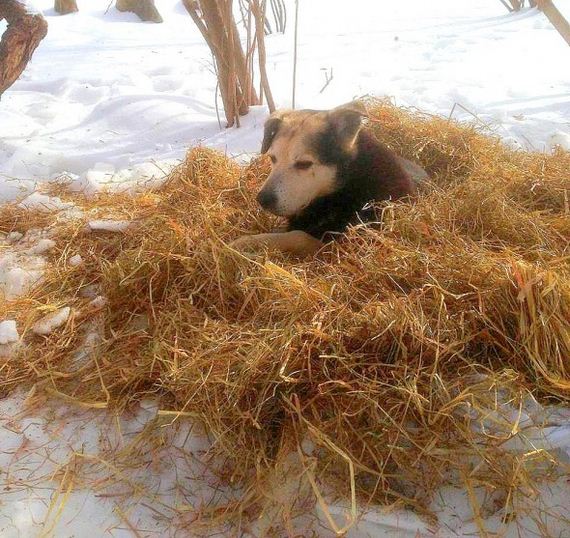 “He needs to associate me . . . [with] food and companionship and heat and warmth,” she explained to DNAinfo.com. “[Charlie] had coats and blankets and [he was] sleeping on pillows and hand warmers and hot water bottles. You name it, he had it.”

During her two-night stay, Lauffer fed Charlie hot meals, and he let her snuggle up with him at night.

“I was able to line the bottom of his bed with hand warmers,” she said. “He loved it.” 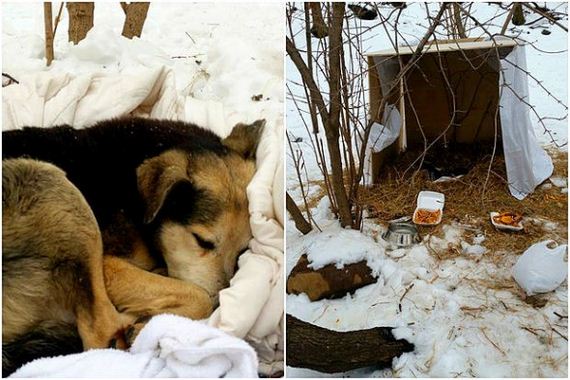 Finally on Sunday, a group of neighbors managed to lasso him and corral him into a van and get him to Animal Medical Center. He was treated, and one source says he was released into the care of Ilmet, however, another source says that he is staying with Avezbakiyeva.

“He spent his first night in ten years indoors,” Avezbakiyeva said. “The whole time he was sleeping.”

But she noticed he wasn’t eating or moving around much, and brought him to Blue Pearl Animal Hospital in Hell’s Kitchen for testing. It is likely his symptoms are age-related, but he may have Lyme disease. 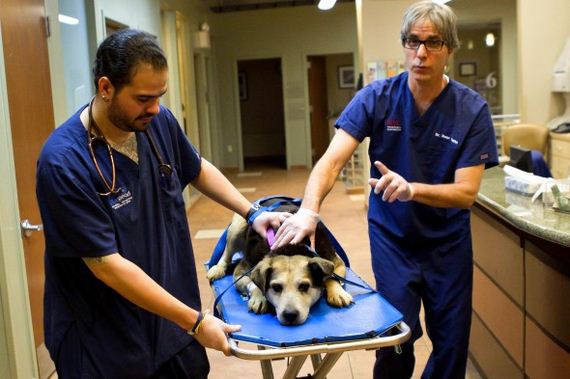 Another fundraiser page was created by Faye Wang, who has been in contact with the “Ricky” group of helpers and keeping fans up to date on the dog’s progress.

“He is improving. His eyes are open from the last time I saw him. Thanks to Julie (Yuliya?) and Tina for being the real heroes. They were the ones, including Jose and Glenn, [who] spent hours in the cold to companion him. Ricky trusts those four [more] than anyone.”

Over $10,000 has been donated toward his medical care, much of which came in through Lauffer’s site, so Wang has decided to close her fundraiser. Ricky/Charlie will likely be discharged within the next couple of days. His fate hasn’t yet been made public, but it is hoped that he will go home with one of the many people who have been caring for him all these years. 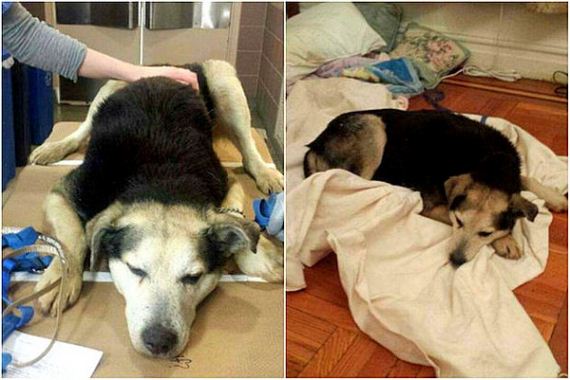