Shannon Lugdon heard an unmistakable sound early one morning in June near her Maine home. It was a young moose calling for it’s mother.

Lugdon heard the calf crying for most of the day, and being concerned it might run into traffic, she called some game wardens to help her keep it from wandering into a busy road. They guided the animal to a nearby creek, where she could wait for her mother to return.

The next day Lugdon returned to the creek. The calf had wandered off. Thankfully, her German Shepherd, Leo, picked up the scent. 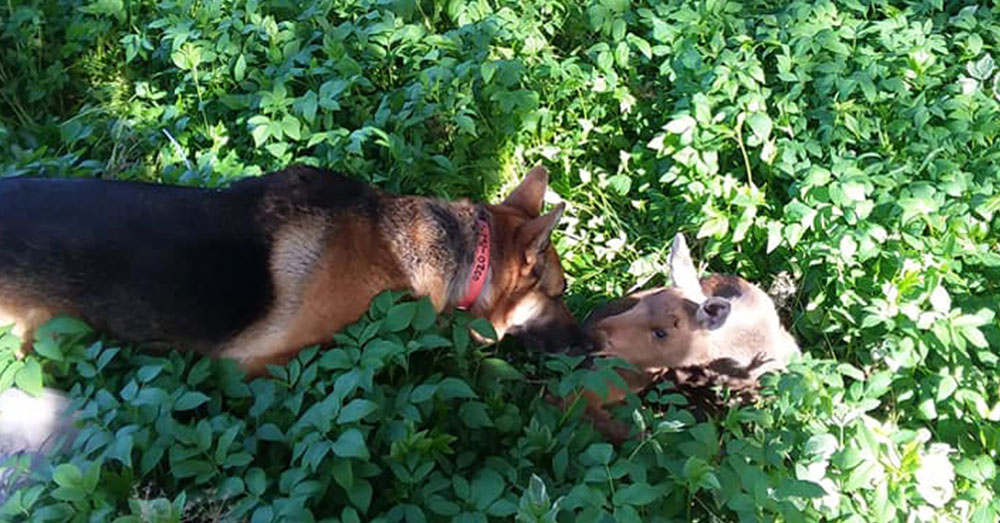 It wasn’t long before found the calf. At only 6 days old, the animal had seemingly been abandoned by her mother. But Leo and the baby moose were already fast friends, so Lugdon hatched a plan.

They fed her a clover, and water milkshake before taking her to a local vet. Leo assisted by keeping the calf company

Maggie soon imprinted on her foster family and “followed us around all day begging for attention,” Shannon wrote in a Facebook post. “You can’t imagine how affectionate she was.”

Sadly, their time together would eventually come to an end. 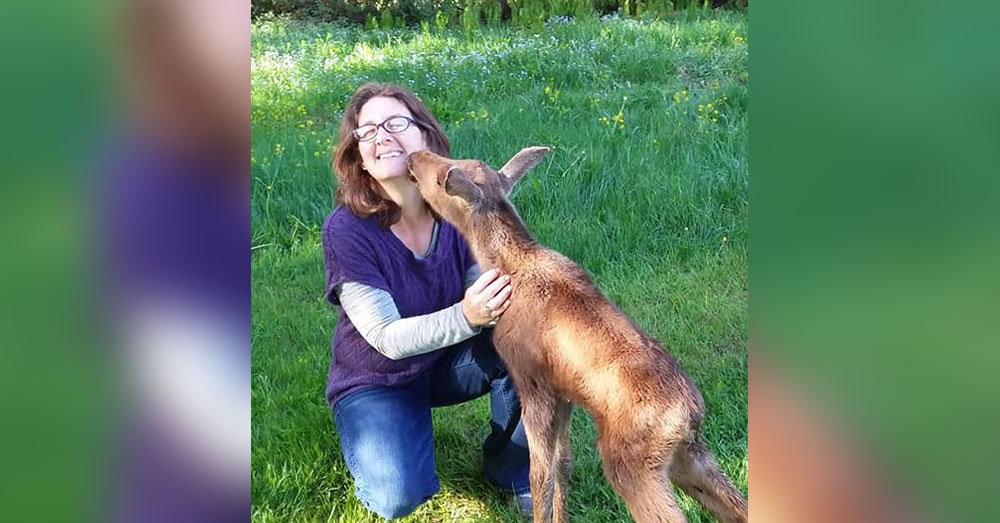 A state biologist visited Lugdon’s and retrieved the young moose, now named “Miss Maggie,” and brought her to Gray, in southwestern Maine. There, Maggie was released in the Maine Wildlife Park, which is both an education center and sanctuary for indigenous species like her, with the exception of some peacocks. 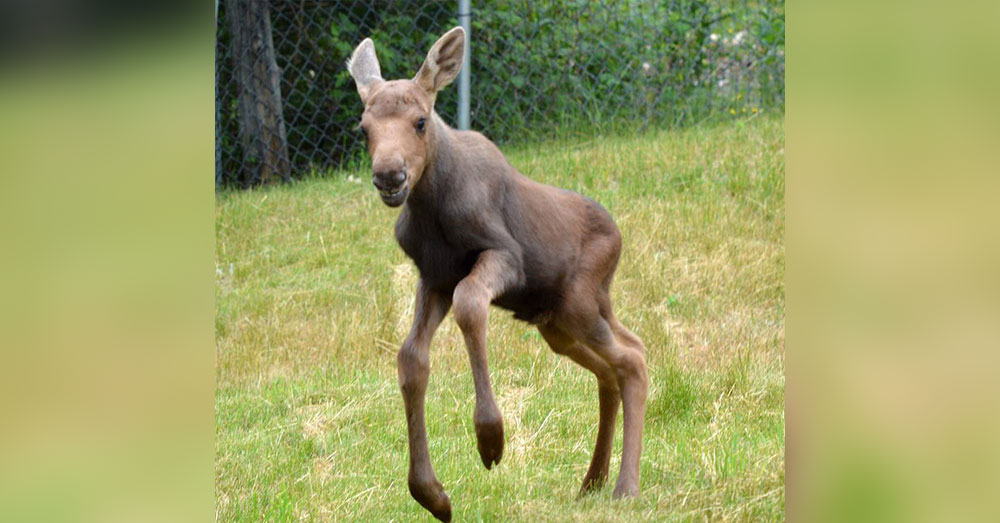 When Miss Maggie arrived at the wildlife center, she weighed a mere 27 pounds. Today she is thriving, already up to 100 pounds, and starting to eat solid foods.

According to Park Superintendent Curt Johnson, she still runs to people whenever she sees them holding a bottle, but should be weaned off milk soon.

Miss Maggie may not ever be able to take care of herself in the wild, Johnson said, so “she’s here to stay.” She’ll be joining the park’s three adult moose this fall.

Let’s hope she’s not too intimidated! 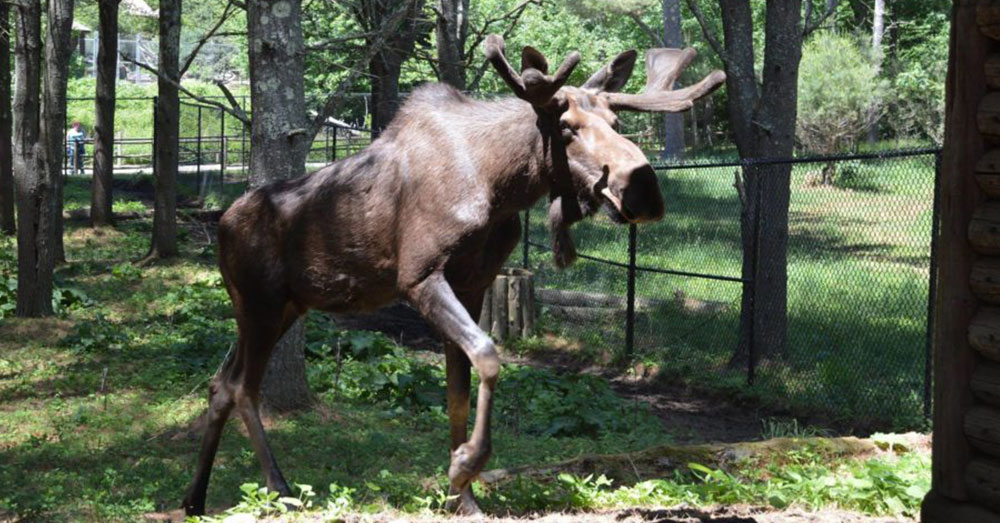 Maggie’s story is a win on all fronts. She was rescued from abandonment, made lifelong friends with Leo, and now the park has a new star attraction and a bump in attendance! Meanwhile, Shannon and her family have made the long journey to the other end of the state twice, just to make sure she’s comfortable and settling in.

What a heartwarming story! Share with anyone who you think may need a smile! And spread the thanks to everyone who helped Miss Maggie find her perfect home.