When you see a person or animal in need, sometimes you just have to spring into action and have faith that it will all work out for the best. That’s what Charytee Windham did when she came across a post for two four-month-old Chihuahua mixes who were scheduled to be euthanized. 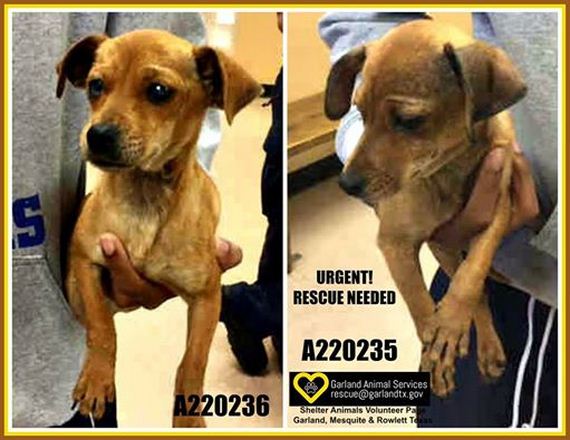 The reason for their “death row” status was that one of them had an eye infection. Unfortunately, for a shelter with limited resources, the more dogs that they take in, the more space they have to make. If there aren’t enough dogs being adopted they resort to euthanasia, the most likely candidates being dogs that are sick, seniors, or injured.

Charytee shared the post on her Facebook page in hopes that spreading the word would help them get adopted. But as the day wore on and the minutes ticked down to the puppies’ death, she knew she had to save them herself. Still, there were several obstacles that stood in her way. 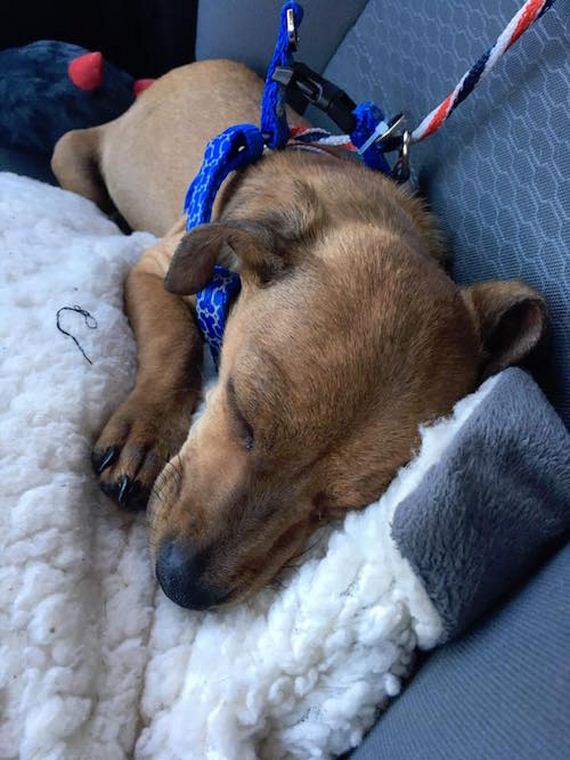 First of all, the shelter was two hours away from her home, and at 3:30pm, she’d be running into rush hour traffic along the way. She wasn’t sure if she’d even make it before they closed at 6:00pm.

Second, she was heading out of town for the weekend to do college tours with her son. Third, she already has six dogs and would need to find them a forever home!

But since no one else was willing to adopt the four-pound pups, she knew she had to help. She had faith that somehow, some way, it would all work out.

And, miraculously, it did. 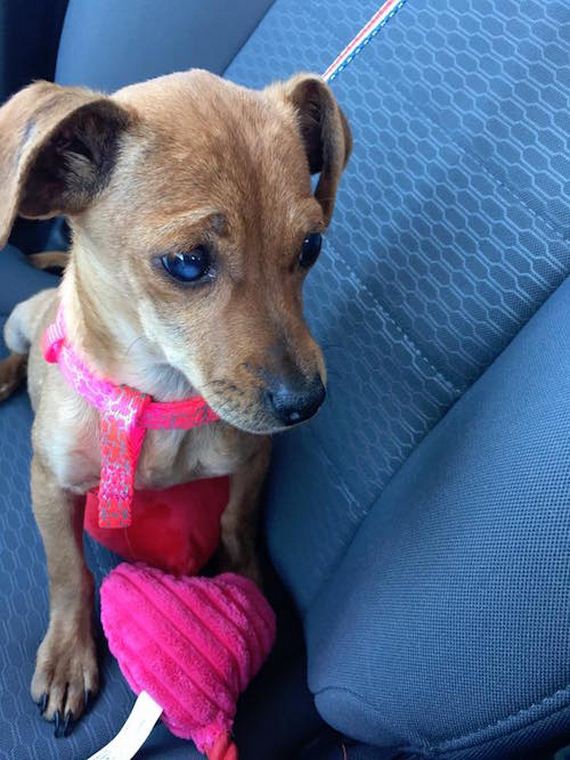 “I made it there 15 minutes before the shelter closed,” Charytee recounted in a Facebook post. “[The two rescued dogs] came with me (I called ahead and I had unknowingly booked a hotel that allows pets!). Thanks to Facebook – I have someone to pet sit while we go on our college tour today.”

And things kept getting better. “I made several pleas for help and found a rescue that is going to take them when we get back to town tomorrow and they will get the medical care they need and then be ready for adoption! WIN WIN! Sometimes you just have to go and pray it all works out,” she wrote.

The pups named Jack and Diane and are currently in the care of the Easy Street Animal Shelter, a small rescue in Saint Jo, Texas. They were thrilled to take the pint-sized pair into their care, making Jack and Diane the rescue’s first dogs saved from a high-kill shelter. 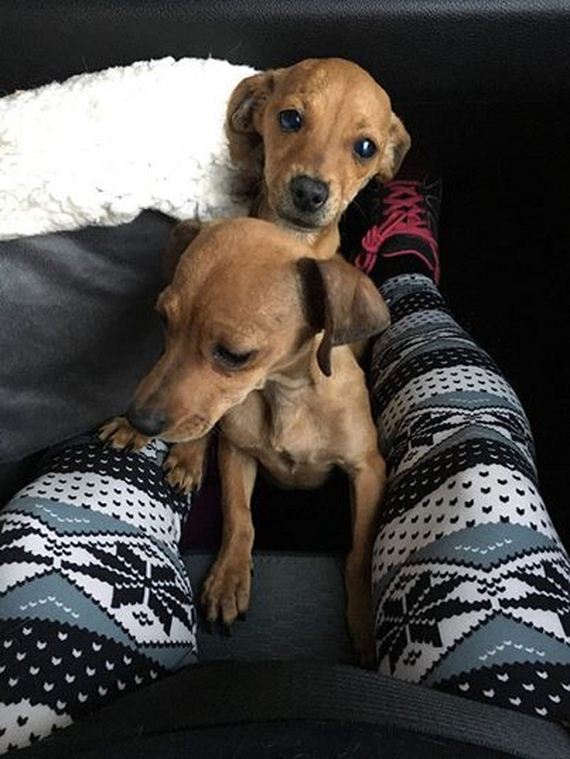 “I just couldn’t let these babies be killed because [Diane] had an eye infection,” Charytee told iHeartDogs. “I already took [Diane] to the vet and got her eye drops. It was just conjunctivitis. [Jack] didn’t have anything wrong.”

The Easy Street Shelter can maintain its “no-kill” status because it only takes in as many animals as it has the resources for. If you’d like to help them rescue more dogs like Jack and Diane, you can donate on their Facebook page, as well as keep track of updates. 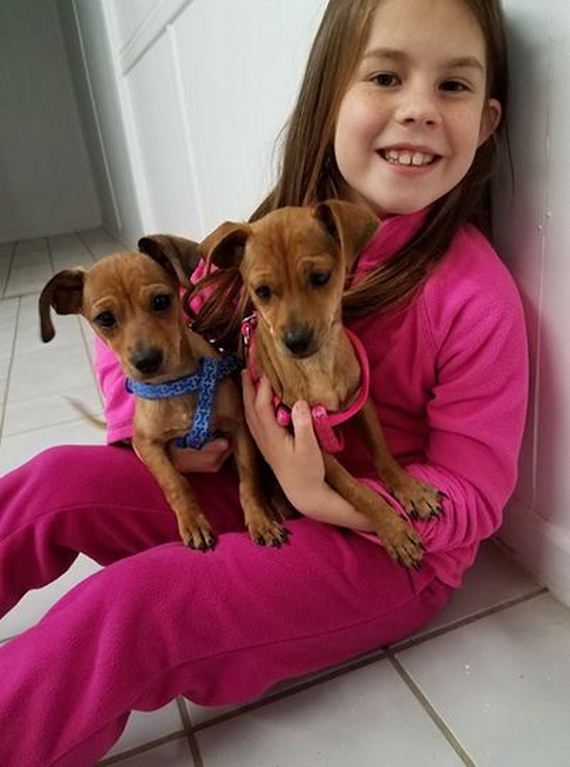 Charytee proves that a little love and faith can go a long way — and in this case, save lives! We hope these two sweethearts find a the forever home that they deserve.