Just under two weeks ago, Khalessi was found on a lady’s lawn. The woman called Orange County Animal Services (Florida), who took them to their shelter. 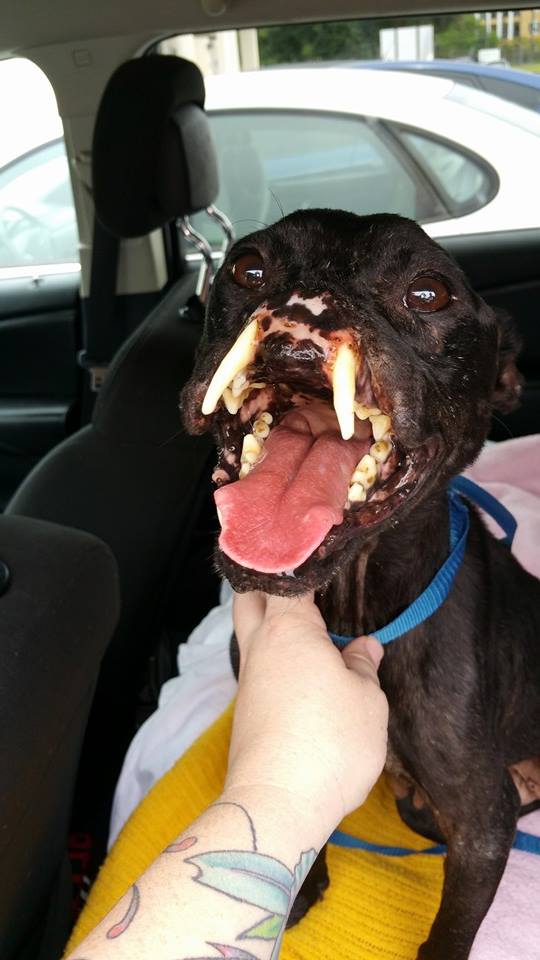 No one known will ever know what really happened to her.

What’s obvious is that she was horribly, disturbingly abused, probably for her entire life the vets say.

Weighing only 20 pounds when rescued, the two-year-old pitty mix has no nasal cavity, missing part of her upper jaw due to a past trauma and has trouble walking due to a broken back, ribs and hind legs. 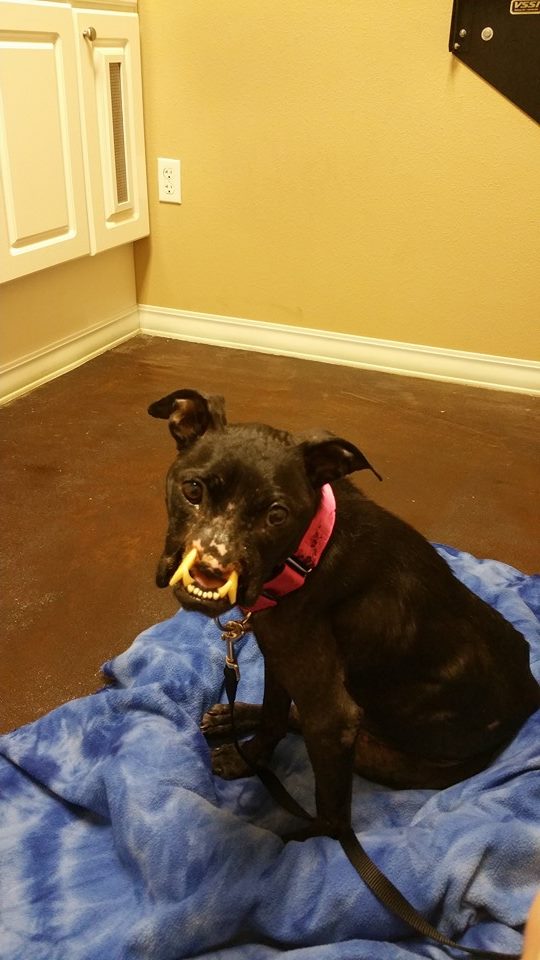 In what had to be fate, Stephanie Paquin, Founder and Director of Passion 4 Pits and her husband, Mike Fleury were at the Orange County shelter picking up another dog. The shelter manager asked them if they wanted to take on a “very special dog.”

Although forewarned of her appearance and abuse, it was still overwhelming for Paquin when she first saw her.
Advertisement

She was also overwhelmed by Khalessi’s spirit – which was unbroken despite the horrendous horrors she had endured.

She is happy, friendly, and has a tail that just doesn’t stop wagging. 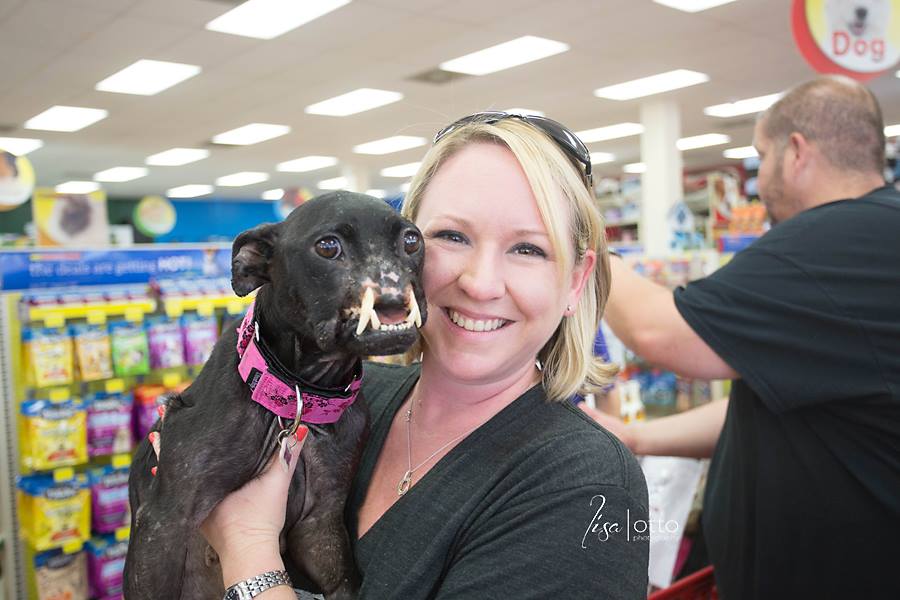