Once upon a time, a shelter dog named Freya was the loneliest dog living at Freshfields Animal Rescue in England. Freya, a Staffordshire bull terrier, was a puppy when she was found living as a stray. She spent six long years in the shelter. She saw potential families come and go, no one wanted her. 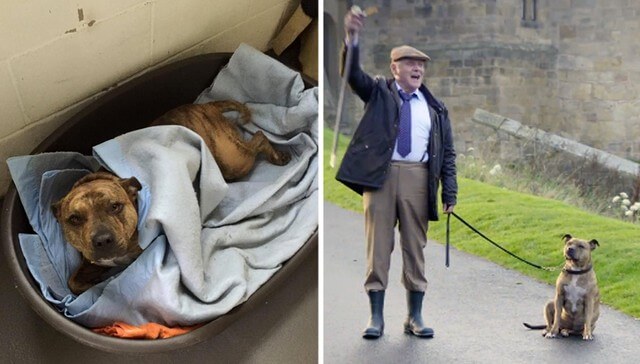 According to the Metro UK, Freya was passed up by over 18,000 people and became known as the world’s loneliest dog – a title no one ever wants to have earned. Kate Jones, the shelter manager, said it broke everyone’s heart to have seen Freya be left behind for so long. Several UK news outlets ran Freya’s story and also revealed that she had epilepsy. Director Michael Bay heard about Freya and was moved by her plight. 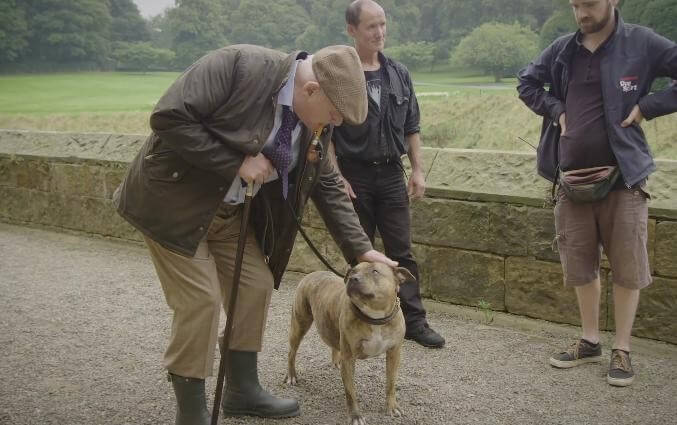 He decided she had waited long enough and posted an announcement on Twitter saying he had picked her for a role in his upcoming sequel to “Transformers.” In his post, Michael Bay said they were going to find Freya a home -and if they couldn’t then he would take her home himself. 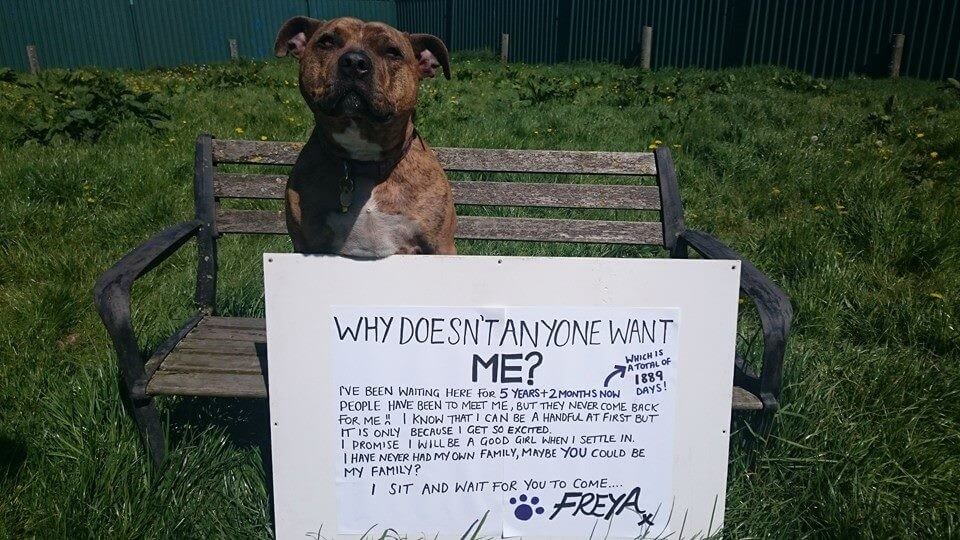 With all the attention, Freya finally found her forever home in July! Freshfields made the happy announcement on Freya’s behalf on their Facebook page. Freya has a mom, a dad, and a big brother and little sister! 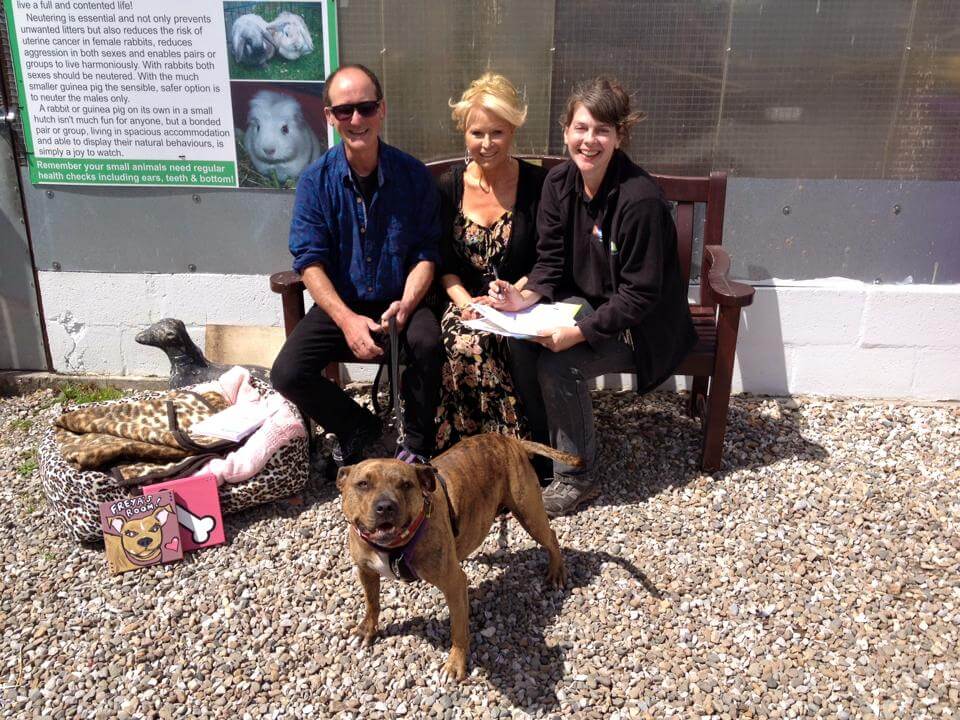