Nelson the sheepdog had one job! But all work and no play makes Nelson a dull boy. The part Norfolk Terrier went out to herd the sheep one day and decided to have a little fun! When Dad noticed, he had to capture it on camera! 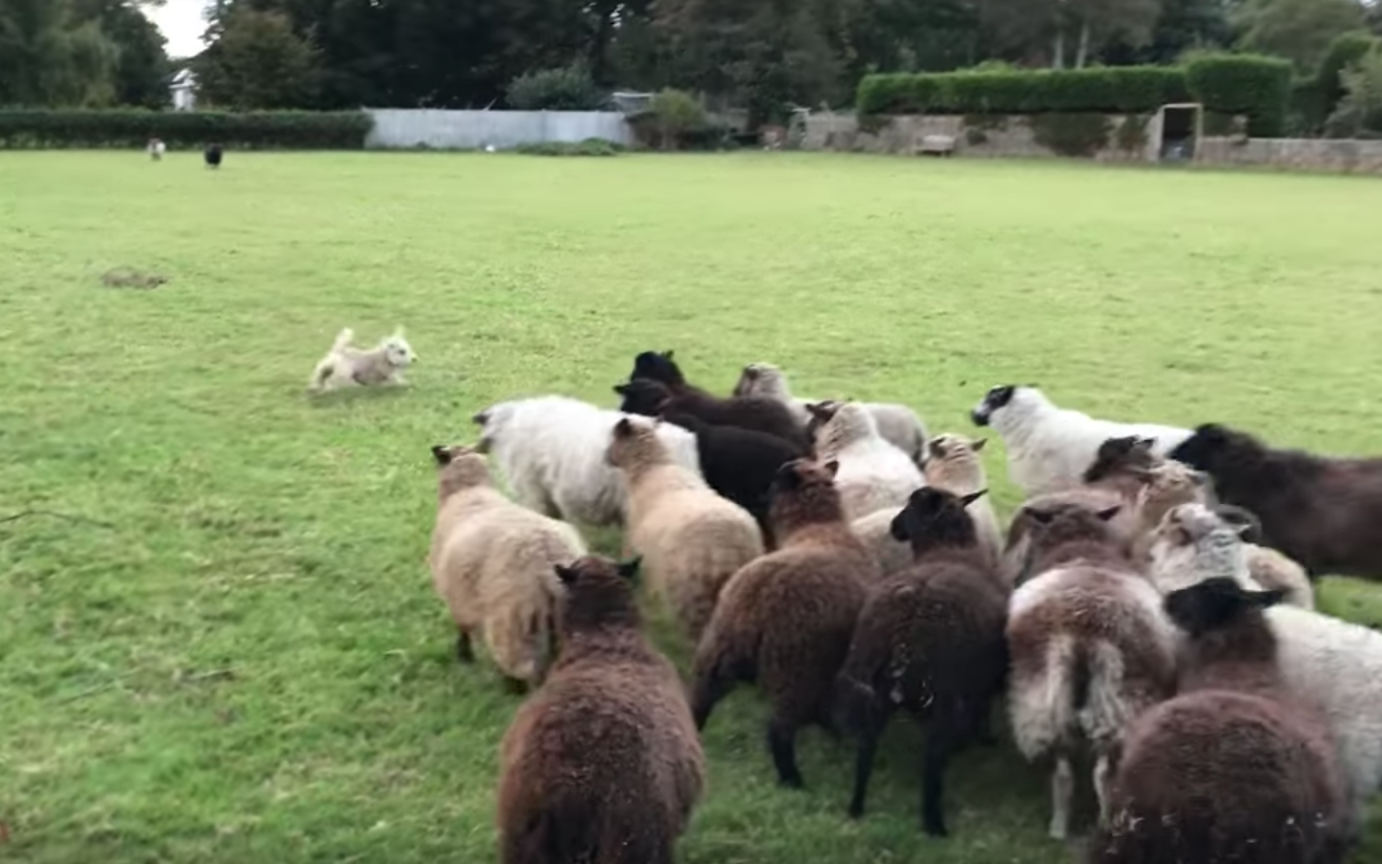 The “World’s Worst Sheepdog” goes to round up the sheep but starts playfully running around them instead. This is when the sheep fall for his scheme and start chasing him around! 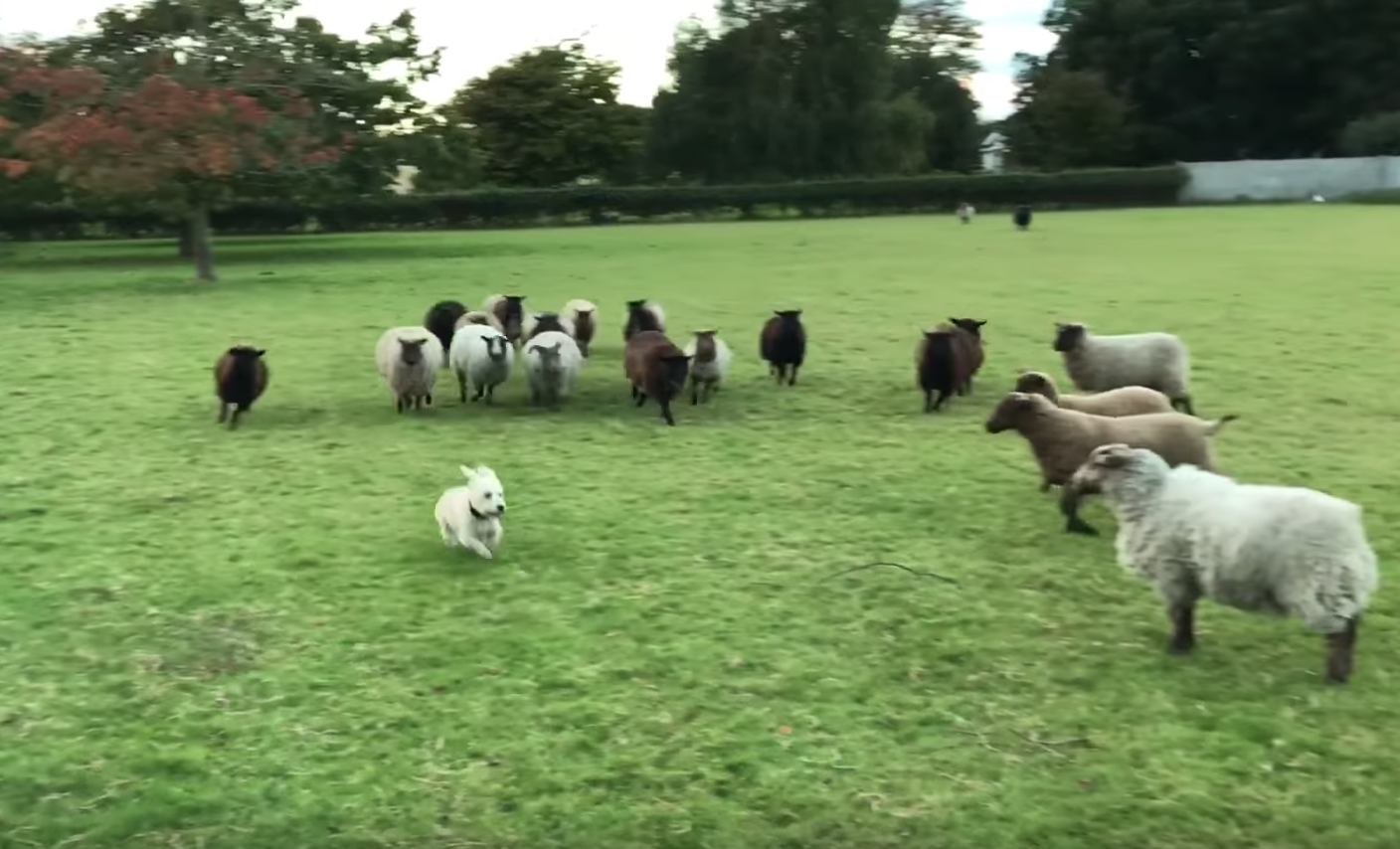 Maybe Nelson isn’t slacking off and goofing around but rather inventing a new way to herd sheep where they chase their leader right into the pen! Either way, who can blame Nelson? The dog saw an opportunity to have some fun and took it! 😀