Dogs are Man’s Best Friend, and nothing can compare to their loyalty. And their unconditional love is something that can’t be measured. Just look at this dog named Tony who was devastated when his Dad was hurt. 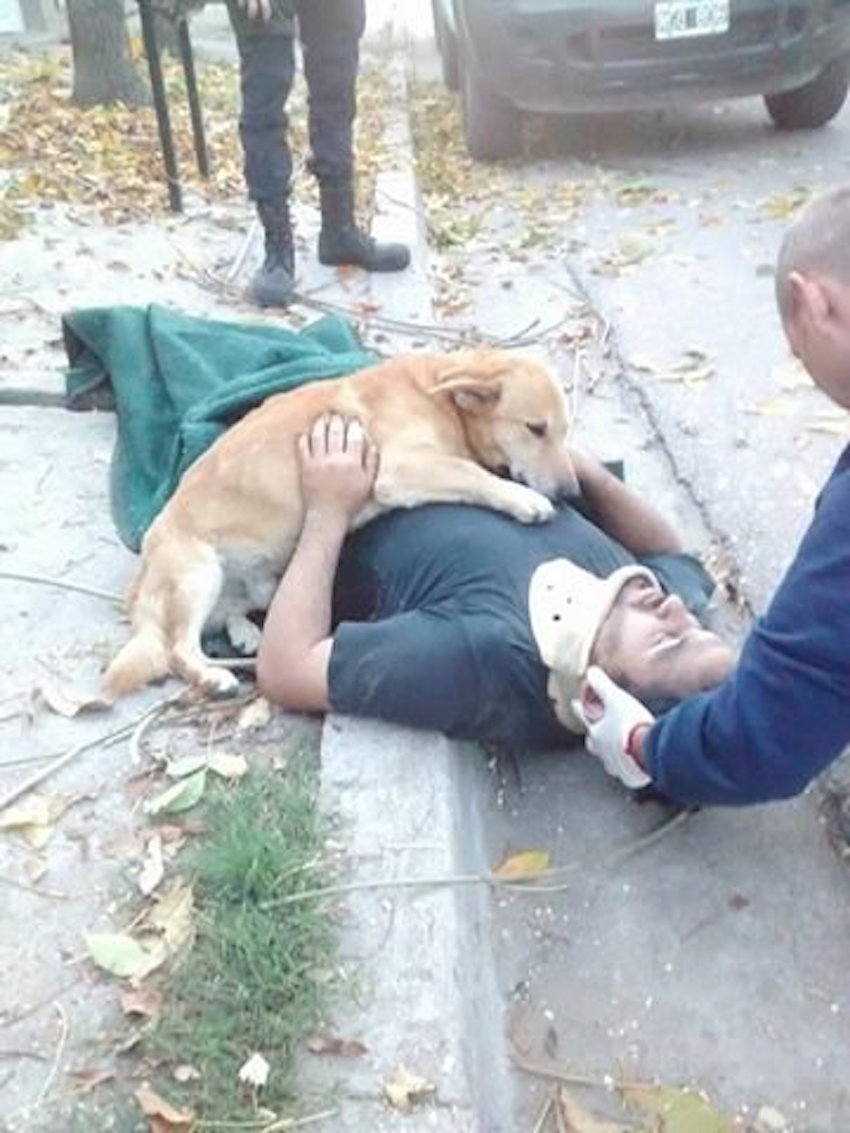 Jesus Hueche was outside of his house pruning a tree when he slipped and fell off of a ladder. He tumbled six feet to the ground hitting his head on the concrete sidewalk knocking him unconscious. Tony ran over and sat by his owner’s side. 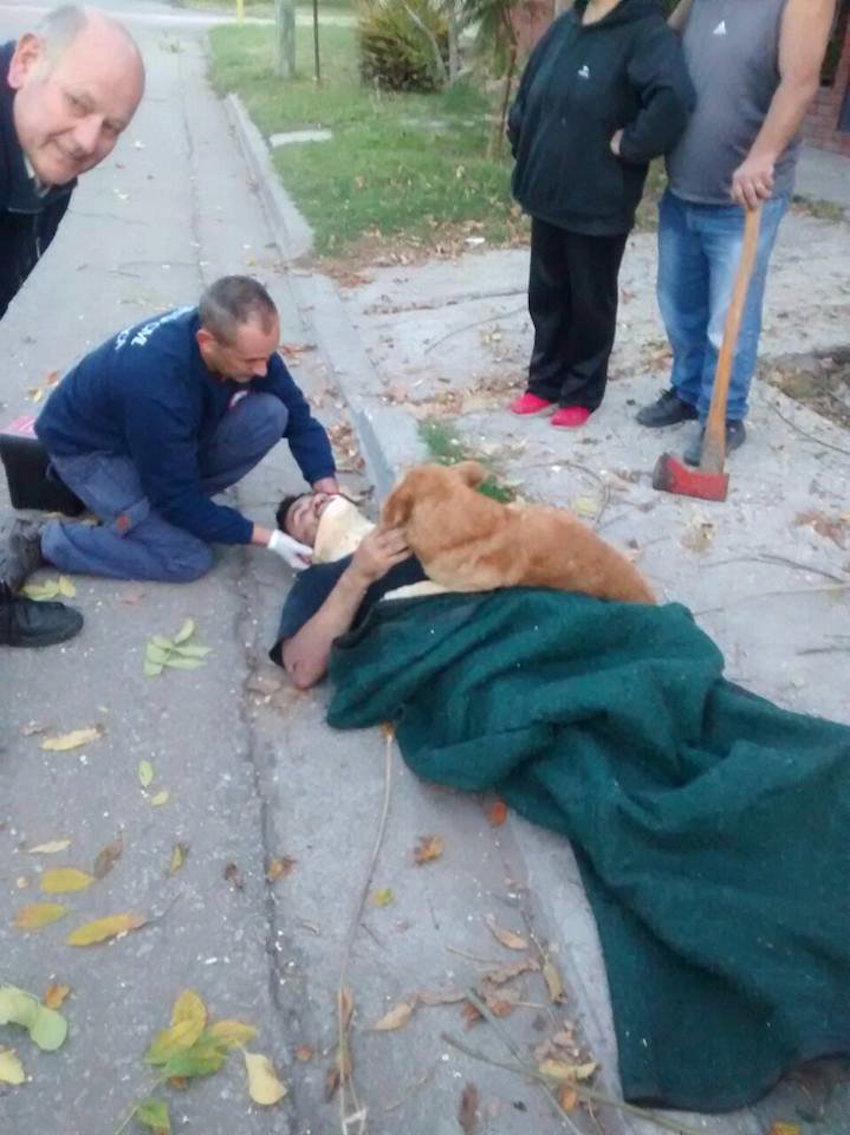 The emergency crews showed up and tended to the man’s injured neck, and the dog refused to budge. Tony would continue to protect the man who saved him from life as a stray on the streets. 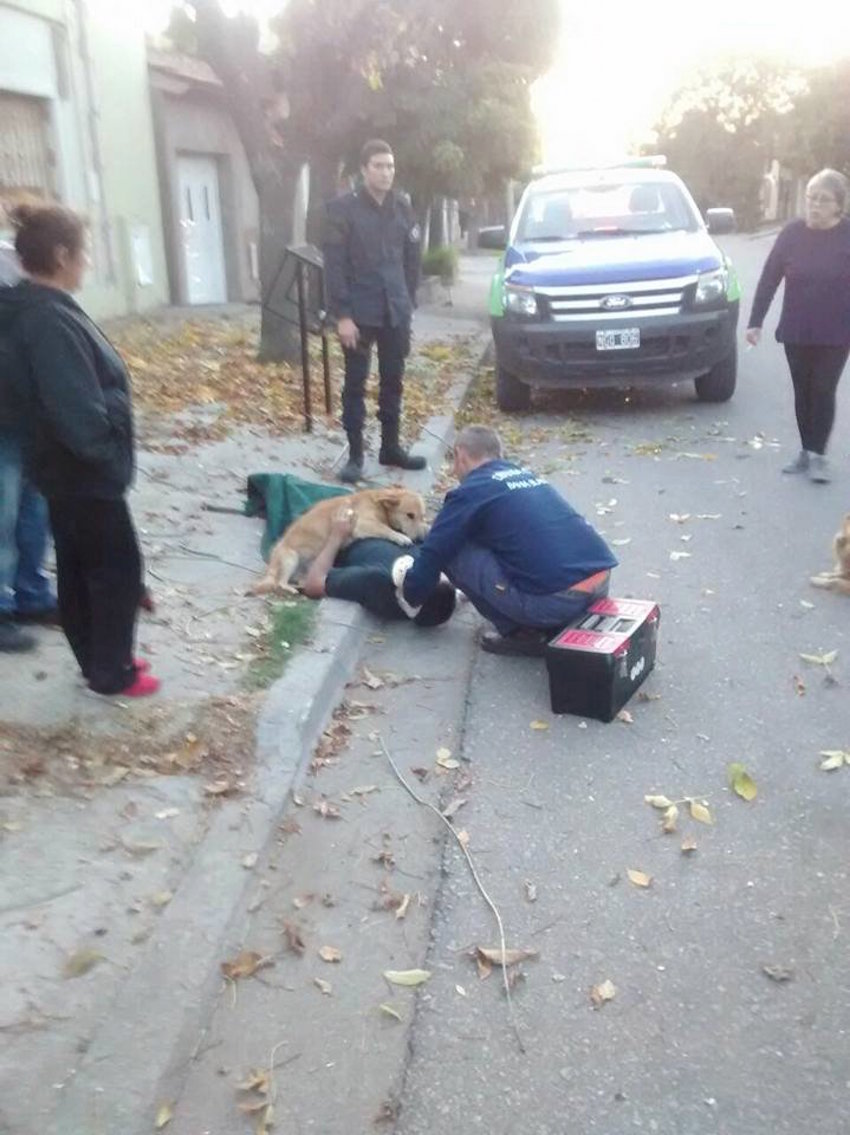 Jesus eventually came to and was able to pat Tony on the head to let him know he’d be okay. 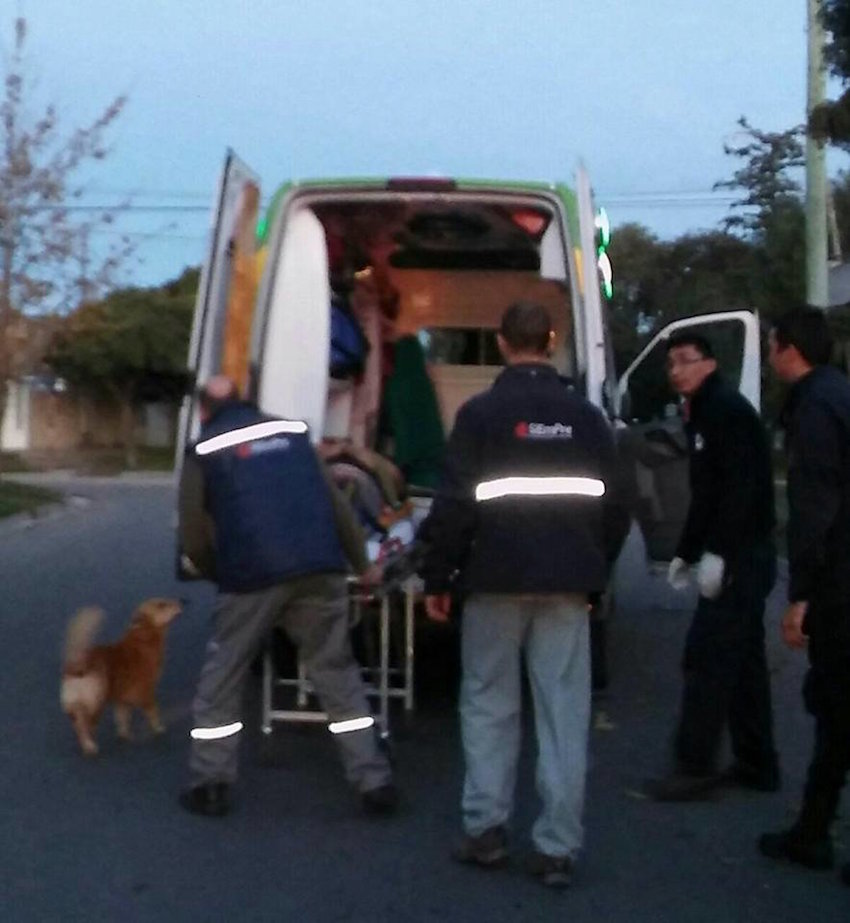 But when it came time to load Jesus into the ambulance to take him to the hospital, Tony tried to join him. He couldn’t go to the hospital with his owner, but he wouldn’t have to wait long until they were reunited. 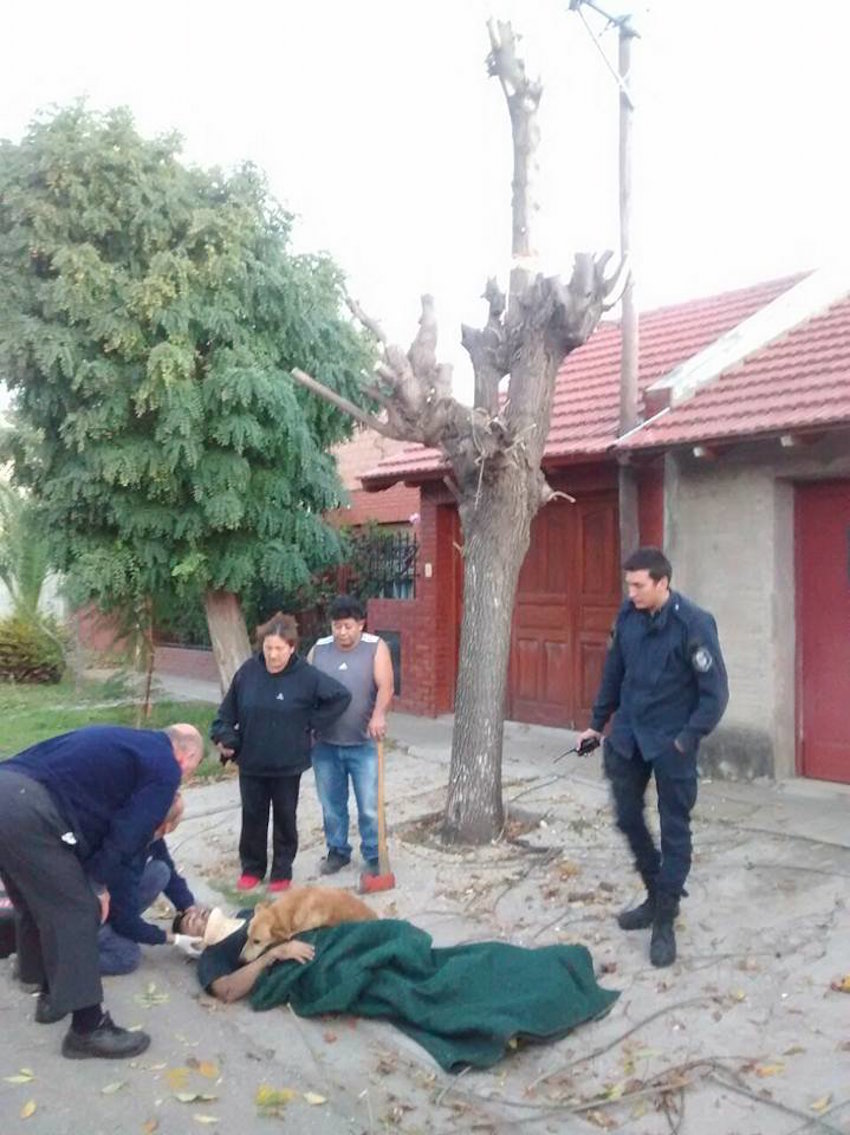 Jesus’s injuries were mild, and he was able to be released just a short while later to be with his dog once again. The photos went viral, and they are proof that dogs make the most amazing companions for humans. 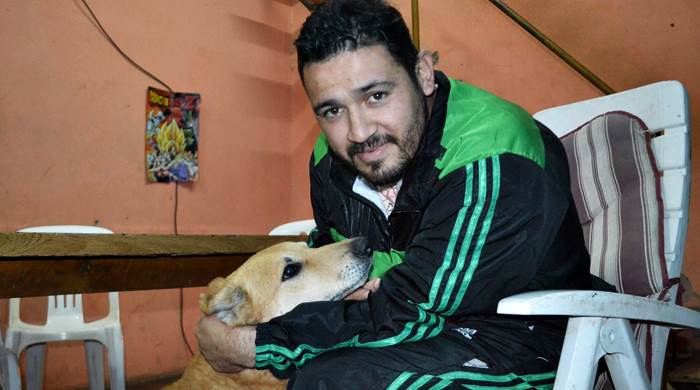 Jesus rescued Tony and adopted him, and Tony got to return the favor to his Dad. Where would they be without each other? 🙂