Finding a lost dog always raises a few questions. Where is the owner? How long has this dog gone without food? And is it friendly?

When you find a dog on the street, the answers to those questions are often left a mystery, but it’s sadly a common occurrence. Finding a pair of dogs left at a park with food and brief instructions for their care, on the other hand, is rather unusual. But it does happen.

A visitor to the Woodward Dog Park in Fresno, California, called park manager Mona Ahmed after finding a pair of year-old Siberian husky pups, Buzzflare reports. Nearby, a box of dog food, bowls, and toys was left, along with a note. 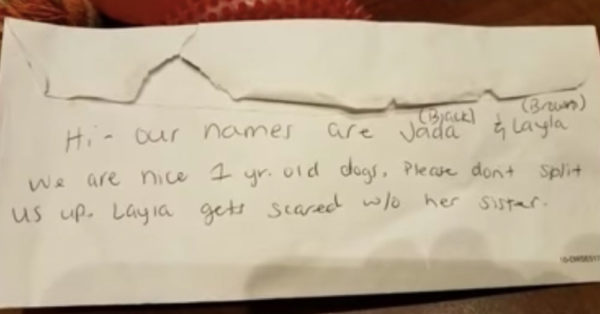 “Our names are Jada (black) and Layla (brown). We are nice 1-year-old dogs. Please don’t split us up. Layla gets scared without her sister.”

Ahmed rushed to the park, where she found Jada and Layla. She questioned possible witnesses, but the dogs had been there for hours before anyone else at the park arrived. 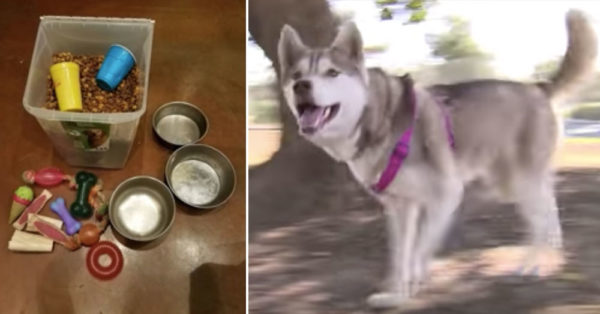 Ahmed was incensed at the neglectful owner, but knew her priority was the safety of the dogs. Luckily, one park patron was able to provide a little more information.

“Somebody said, ‘Yes, I saw [a woman] leave the huskies behind. She just told us she’s going to the car, and she’ll be right back. So nobody really paid attention to the fact that she was really gone,’” Ahmed told the Dodo. 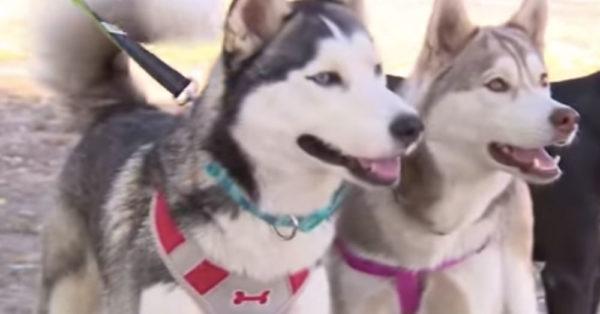 Cars and trucks pass by the dog park going up to 65 miles per hour. Any dog left at the park overnight could try to escape and wind up in a dangerous situation.

“This is not the way you give dogs away,” Ahmed said. “All they had to do was ask for help.”

Sadly, this is not the first time a dog has been abandoned at the Woodward Dog Park. Ahmed told the Dodo that 13 others have been left behind during her decade of service to the facility. 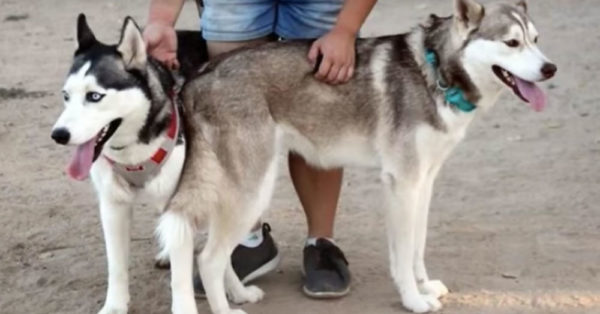 In many states, it is illegal to abandon an animal instead of surrendering it to a shelter. In California, it is a misdemeanor. While authorities are on the lookout for the previous owner of Jada and Layla, the dogs themselves have thankfully been re-homed and are doing well. A woman who volunteered to foster the dogs is now considering adoption.

“She is very interested in keeping them,” Ahmed told the Dodo. “In a few days, I’ll go and do a home check and everything else.”