A zoo located in the southern Gaza Strip in Palestine recently declawed a young lioness in an effort to make her friendlier so visitors would be able to interact  and “play” with her.

According to RTNews, a video posted online, showed the 14-month-old lioness named “Falestine” being declawed. Pictures showed zoo attendants holding a bag over the sedated lion’s head as veterinarian Fayyaz al-Haddad used wire cutters and shears over a two-week period to clip her claws away. Animal advocates have come out on social media calling the procedure “unnecessary mutilation.” 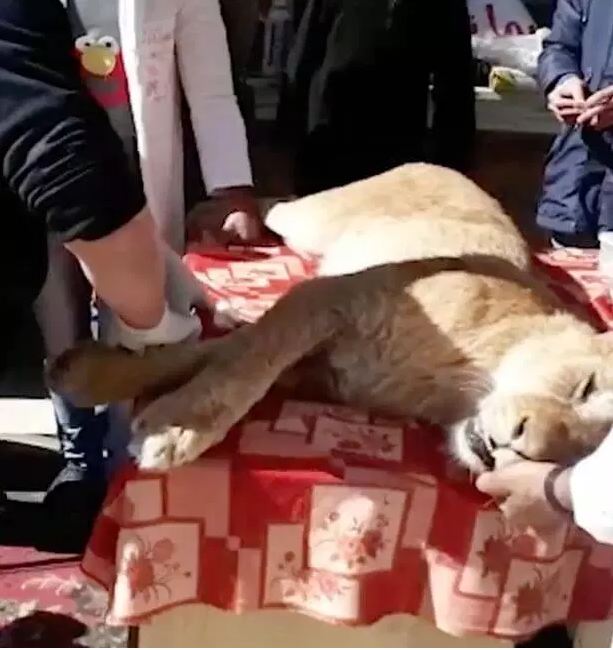 During the operation, her claws were cut so they would not grow fast and children could “play” with her. The park’s owner, Mohammed Jumaa, told media he hoped to reduce Falestine’s aggression so she could be “friendly.”

Four Paws International, an animal welfare organization, stated that the “natural behavior, such as grabbing food or climbing, is hardly possible without an animal’s claws. Since the amputation was not done in a proper vet clinic, the chance of infection is high.”

Declawing a cat involves amputating the animal’s last digital bone, including the nail bed and claw on the front of each toe; thus preventing the claw from growing again. In this case, however, the veterinarian claims the procedure was only temporary, and her claws will regrow within six months.

(The video can be viewed here. WARNING: Video may be disturbing to some viewers. Use discretion)