An emaciated pit bull was rescued during a raid on a South Carolina cockfighting ring. During the investigation it was discovered that she was stolen, and she has now been reunited with her overjoyed family.

“It’s seems surreal to both of us,” April told WPDE. “It’s such a miracle to have her back.”

Nina Louise was stolen from her Bennettsville home on December 27th, 2013. Owner April Morris was devastated, and put up flyers everywhere. She offered a $500 reward, but no trace of her dog could be found. 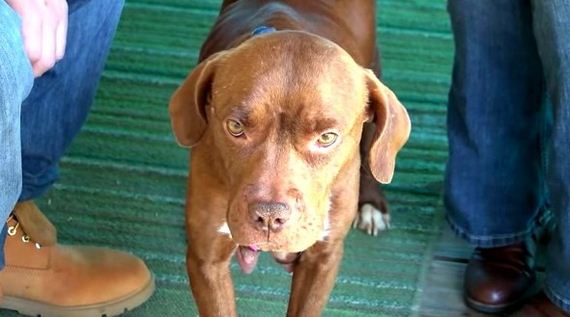 “We walked miles to find her. I’d walk until I couldn’t walk anymore,” April said.

April had given up hope of ever seeing her baby again until she saw the Humane Society of Marlboro County’s photo of her.

“We knew instantly it was her,” April explained. “I mean, just the way she held her face, the way she looked up at the rescuer.” 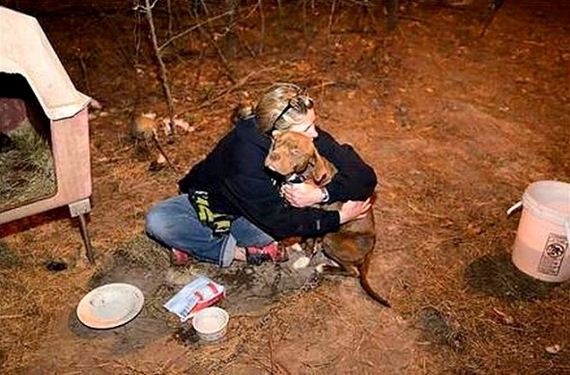