She called the humane society and spoke to Jennifer Hyduke, who asked April if she could tell her anything about Nina that would ensure she was her true owner.  April told her that Nina had two white spots on her neck.  Sure enough, when Jennifer checked, they were there.

“Everybody was crying,” Jennifer said.  “There was no doubt that she knew who that was.  It was very emotional.”

April soon learned that Nina was a mother to a litter of puppies only a few weeks old.  Based on the number of scars she has, it is likely that Nina was used as a bait dog before having the puppies that may have been used to be fighters someday. 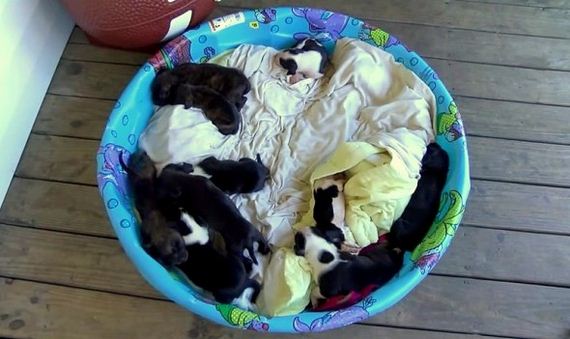 “I wish she’d have been in better shape, but she’s alive, she’s here with us, and she’ll never go through that again,” April said.

Homes have already been found for the puppies, but they will continue to stay with Nina until they are ready to leave.

Deputies arrested 27 people on various charges at the bust. 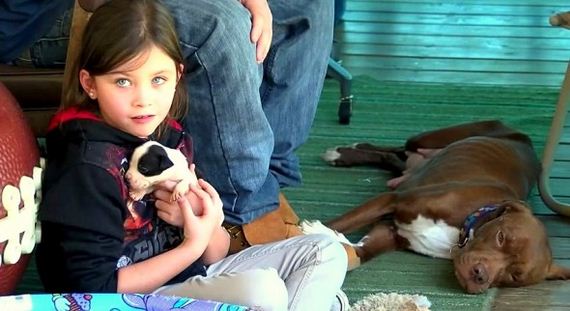