Many of you will remember a story about a dog called Gobi, dog that began to run alongside Dion Leonard during an ultra-marathon that took place in China’s Gobi Desert. Leonard fell in love with the little dog and decided to adopt him and bring him home. However, Gobi was lost at one point, and Leonard was not leaving China without his new best friend. 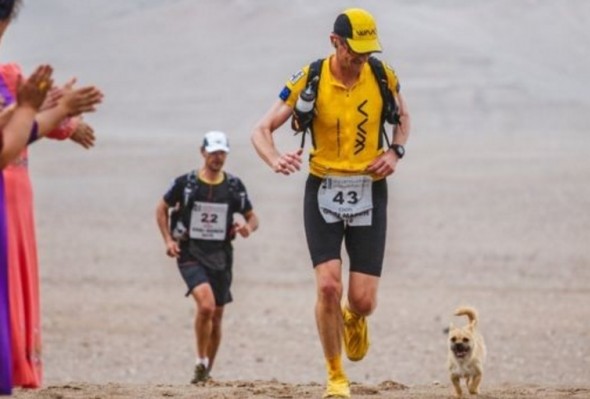 Well, as of today, we have learned that Gobi has been found, and was returned to Leonard. Gobi and he will FINALLY get to go home to Edinburgh, Scotland! Thanks to a huge traditional and social media outlets, and the hard work of many volunteers, this story will have a happy ending. 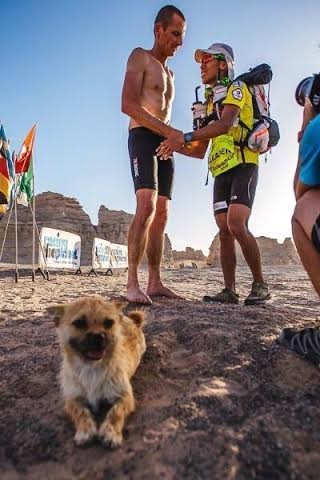 There had been a few false alarms of people seeing dog’s that kind of looked like Gobi, but were not in fact Gobi. So, when a man called him saying that his son had spotted a dog that looked just like the missing one in all of the posters, Leonard didn’t really get his hopes up. 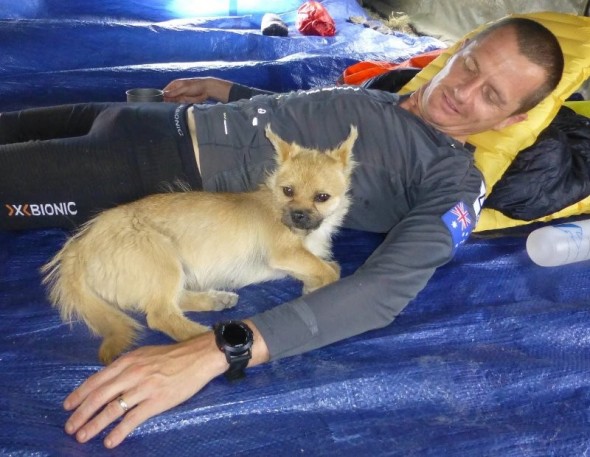 “Walking into the room, I was already thinking this isn’t going to be Gobi, and I’m a bit down about the last few days,” said Leonard to the The Washington Post. “I walked into the room, and I didn’t say a word. There were actually about 10 people in the room at this stage. Gobi spotted me as soon as I walked in, and she started running toward me. Literally, she was running up my leg and jumping all over me and squealing with delight. It was just mind-blowing to think that we had found her. It was a miracle.” 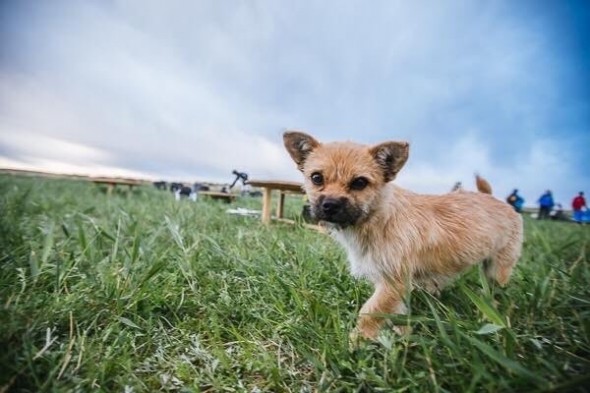